Our big vision is to create Dr. J’s Healing House, a retreat where caregivers go to renew and heal. Located in “Little Texas”, Tuskegee Alabama, the Healing House will be equipped with living cottages, a movement center for yoga and physical activities, a dining area, and more. Check out the video rendering below for a visual:

The Healing House vision has been developed over the course of my entire life’s journey. I grew up in a home where people who were struggling were always welcome.  I got used to giving up my bed when friends or relatives arrived in the middle of the night.  So it made sense when my mother and my aunt shared the responsibility of taking care of their husbands’ mother–six months with Aunty and six months with Mother.  Daddy and Uncle were there, but–hmm–they weren’t really helpful.  Most caregivers know what I mean.  And at the end of the six months, Mother and Aunty were waaayy ready for relief.  Finally, Grandma just stayed with Mother until she (Grandma) made transition.  And Mother was sooo tired.

Well, fast forward a couple of decades, and Daddy had a stroke.  Over the next few years his memory began to slip, until finally, he needed assistance. Mother was up for the challenge again.  I was helping out with their business while Mother was taking care of Daddy’s personal self.  We didn’t live in the same city any longer because Mother preferred to be in the South, where she was raised. So once they moved, I was a long-distance caregiver.  I visited every few months to get eyeballs on the situation and to make sure Mother really was doing okay, as she sounded to be on the phone.  She was great–for a woman in her early 80s, taking care of a husband in his early 80s!

But she was getting tired. So I moved to the South to be with them.  By that time, Daddy was bedridden.  Taking care of him was definitely a great deal of work.  It’s hard to weigh which was more work:  trying to outsmart him when he was able to walk, so he couldn’t get out and walk off during the day; or making sure he was clean and dry once he was no longer able to get up and out.

When I moved to the South, I met people who turned me onto a caregiver support group.  I didn’t even realize I was a caregiver.  I was just here helping Mother take care of Daddy!  I just went to the meetings to be polite and to be the minister I  am.  I laugh now because that denial is actually a thing!  Many caregivers don’t know they’re caregivers; they just know they’re tired.  And they perpetually need to take a nap.  But that nap never comes–unless they can get away to a place like Dr. J’s Healing House.

After I started going to the caregiver support meetings, I realized I was a caregiver of my mother.  If you are responsible for any aspect of another adult’s wellbeing, you are a caregiver, no matter what your age.  Fortunately, this spitfire of a mother I have still cooks, feeds cows and dogs and manages her own meds,  But she took herself out from behind the wheel and is more careful about being outside alone.

Our friend, Dana, came to visit after having some traumatic, grief-making experiences with her family.  She is the first friend who has visited our home with the intentional purpose of healing.  She commenced to sleep for two weeks.  As a self-care specialist, I can attest to the healing power of sleep.  She began to improve more and more over time.  She tells people all the time about her “Selah Land” experience at “the Zoo!”  That’s a reference to the 2011 Matt Damon/Scarlett Johansson movie because when she drove onto our land, it was the magical entry that made her think, “they bought a zoo!”

It’s a small parcel from a land baron’s perspective, but for most city folk–and a few country ones– it stretches out peacefully, and just keeps stretching, inviting you to come “set a spell.”

And that’s what our friend, Lina, did when her parents made transition within one year of one another.  She had been their caregiver for the last eight years, and prior to that, they had lived with her for over thirty years.  They were not only her parents, they were her friends.  They had traveled the world together.  Whenever she took her vacations from work, they all packed up and vacationed together.  And suddenly, they were both gone.  Not suddenly–but, yes, after 30 years, suddenly.

When she needed to get away from the house where they all had lived for 30 years, I was honored she chose to be with Mother and me.  When she got here, she rested for a few days, and then she surprised us both!  She began going for a walk every morning!  She wouldn’t even do that at home!  What we call Peace Place just tends to bring the self-care out of you!

Since Dana and Lina were here, I’ve met several people who have told me this is what they needed when they lost their loved one.  The very first one had lost her mother the month before we met.  We met at a business gathering at which I told everyone the plan for Healing House.  She got me alone later to ask about pricing and location.  When I told her it was still in the planning stages, she almost cried.  She said she was taking care of her children and being strong for her husband, “…and if I  could just get away for two days, and…just…”  I finished her sentence for her, “…grieve.”  She nodded and squeezed her eyes shut as if to fight back tears.   It’s coming.  Healing House is coming for you. 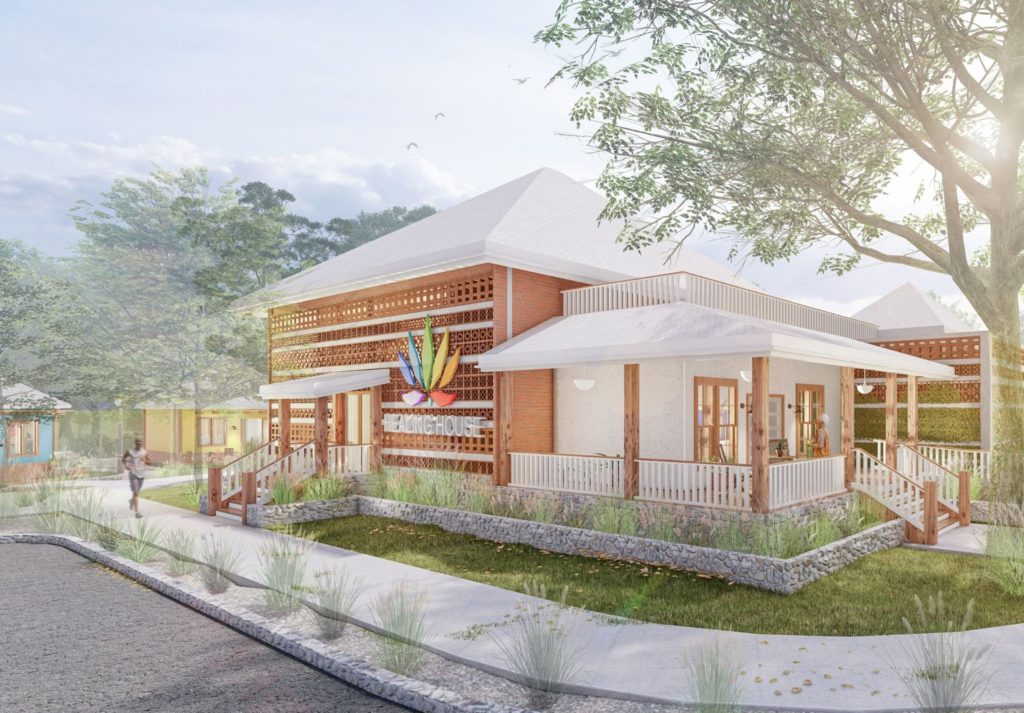 © 2022 The Whole-Self Ministries – All rights reserved.